Hi! I thought I would post these here too. Two dungeons I stocked using Delving Deeper in 2020-2021. They are both minimally keyed, but, I hope, hold enough information for the Referee to riff on.

1. Outpost of Stone & Silver
A science fantasy dungeon - an abandoned laboratory in a post-apocalyptic wasteland. My goal was to use stock monsters, but slightly re-skin them to fit the theme. Goblins became Bug-Eyed Monsters, Skeletons became Flayed Androids, the Hatchling Dragon became a Flamethrower Turret, and so on. 44 rooms.
http://eldritchfields.blogspot.com/2020 ... ience.html 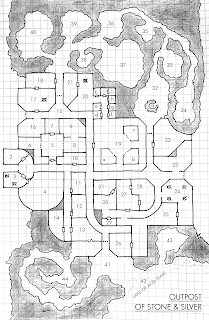 2. Maze of Amazement ( & Death! )
I drew a waaaaay too large megadungeon map, took a small segment of it, and stocked it as a separate dungeon. 61 rooms. This one is straight-up D&D fantasy, no re-skinning.
http://eldritchfields.blogspot.com/2021 ... h-one.html 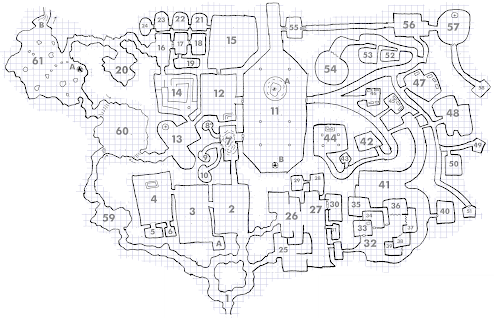 Hope you like them! Delving Deeper is a great resource.
(my blog)

Thanks so much, these look cool! Downloaded.

Yes, thank you! I think I already have your Temple of the Berserkers.
Great share, and, agreed, they look good!
Noh’won the Wiser
Faerie Fire specialized in: Entangle
Detection scrolls: Magic; Snares/Pits
Carc's squawks: 2=danger; 3=grave danger (is there any other kind); 4=RUN!
Javelins of DOOM (2)
Kiplyn: ...no closer to pancakes and rest!

These are just my style! Thank you so much.

Thanks for the warm reception, everybody! If I make more adventures in this format, I'm going to post them here.
(my blog)
Post a reply
5 posts • Page 1 of 1